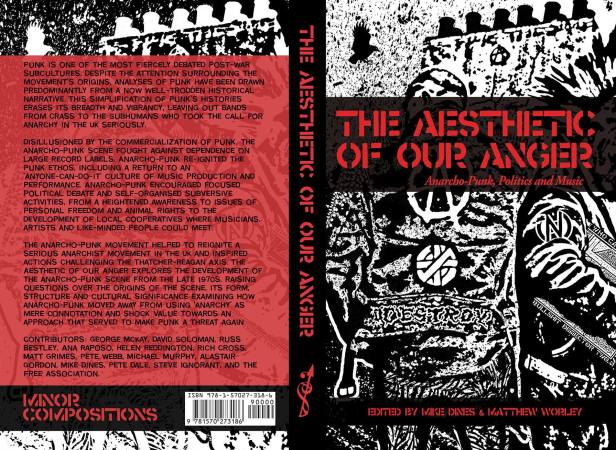 COMING THIS AUTUMN, a new edited collection of essays on different aspects of the aesthetic, politics, culture and music of anarcho-punk:

Punk is one of the most fiercely debated post-war subcultures. Despite the attention surrounding the movement’s origins, analyses of punk have been drawn predominantly from a now well-trodden historical narrative. This simplification of punk’s histories erases its breadth and vibrancy, leaving out bands from Crass to The Subhumans who took the call for anarchy in the UK seriously.

Disillusioned by the commercialization of punk, the anarcho-punk scene fought against dependence on large record labels. Anarcho-punk re-ignited the punk ethos, including a return to an ‘anyone-can-do-it’ culture of music production and performance. Anarcho-punk encouraged focused political debate and self-organised subversive activities, from a heightened awareness to issues of personal freedom and animal rights to the development of local cooperatives where musicians, artists and like-minded people could meet.

The anarcho-punk movement helped to reignite a serious anarchist movement in the UK and inspired actions challenging the Thatcher-Reagan axis. The Aesthetic of our Anger explores the development of the anarcho-punk scene from the late 1970s, raising questions over the origins of the scene, its form, structure and cultural significance, examining how anarcho-punk moved away from using ‘anarchy’ as mere connotation and shock value towards an approach that served to make punk a threat again.

More information will be available from the Autonomedia site as the publication date nears.

One thought on “Forthcoming: The Aesthetic of our Anger – Anarcho-punk, politics and music”