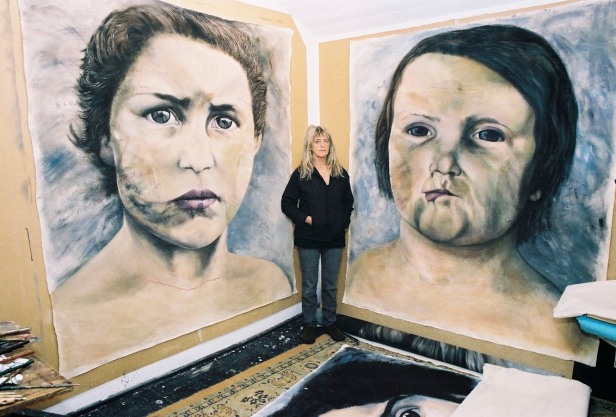 Gee Vaucher (1945) is an internationally renowned political artist living outside Epping, Essex. She is best known for her radical creativity, montages and iconic artwork for the infamous anarcho-pacifist band Crass. Employing an eclectic range of styles and techniques, coupled with an essentially DIY aesthetic, she creates powerful images exploring political, cultural and personal issues. She sees her work as a tool for social change.

This retrospective survey of Vaucher’s work is her premiere in the UK, bringing together for the first time a comprehensive collection of her paintings, collages, prints, photographs, videos and sculptures plus installation work and rare archive material.

MORE DETAILS OF the events that will accompany Gee Vaucher’s upcoming ‘Introspective’ exhibition, which will run from 12 November 2016 to 19 February 2017 at the Firstsite gallery space in Colchester have been published. Not all of the specifics are yet known, but these are some of the dates for the diary…

Full details of these and other events are still to be announced.