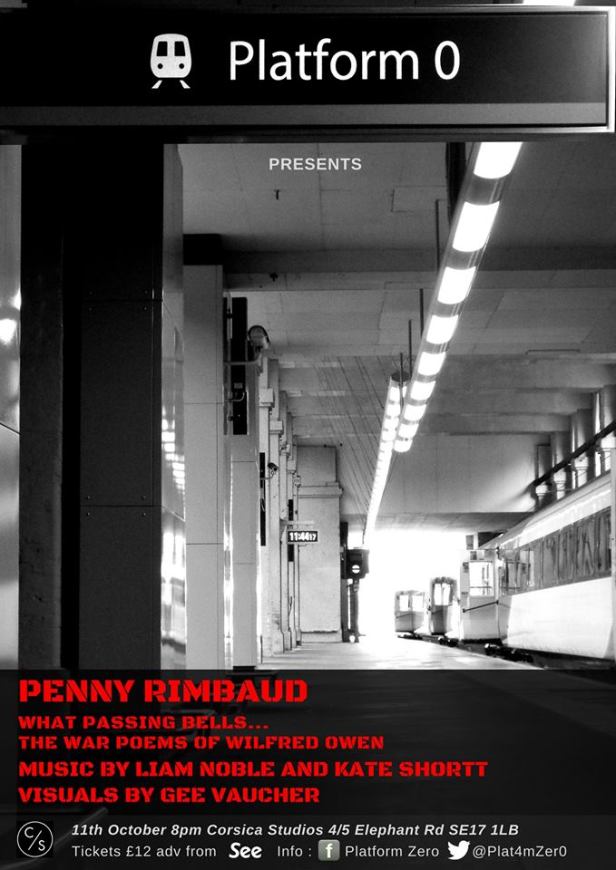 A NIGHT OF WORDS, MUSIC & VISUALS AT CORSICA STUDIOS

We are honoured to be able to announce that for our inaugural show, we have a performance by PENNY RIMBAUD.

Co-founder of the original Anarchist project CRASS, he is a musician, an activist, an artist, writer, a humanitarian and a philosopher, tackling subjects of injustice, exploitation, sexism and intolerance,and intent on promoting the notion of PEACE

As we approach 100 years since the end of “The Great War”, what better way to mark this crucial point in time than to join forces and acknowledge the effects of WAR and celebrate the end of one. Penny will be reciting – What Passing Bells… The War Poems of Wilfred Owen, Accompanied by Liam Noble on Piano Kate Shortt on Cello. Visuals to be provided by the outstanding Gee Vaucher in what promises, be a truly intense performance.