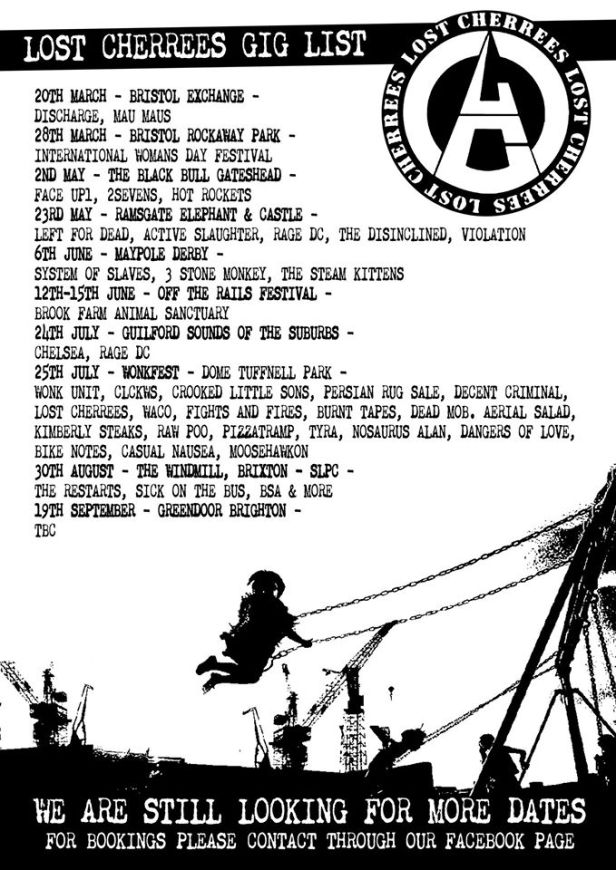 LOST CHERREES have confirmed a whole series of live dates for 2020, and are keen to add more.

Fans and venues are encouraged to get in touch with the band on Facebook to arrange more.