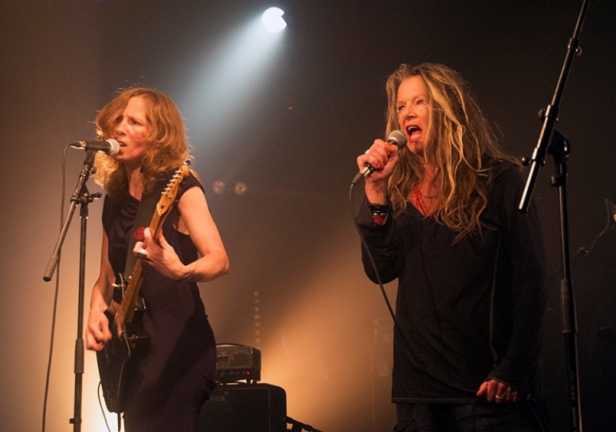 Eve Libertine performs gigs in Antwerp and Amsterdam later this month, as a guest vocalist of Baby Fire.

Baby Fire is an all-female trio from Bruxeles which combines the energy of post-punk with feminine frailty. The strings are rough, the melodies catchy, the voices enthrall. Baby Fire is:

Eve Libertine
She was one of the two female vocalists (along with Joy De Vivre) who worked with the influential British anarcho-punk band Crass. Her works with the band include the controversial single Reality Asylum, as well as performing most of the vocals on the group’s third album, Penis Envy (1981), the lyrics of which have a heavy anarcha-feminist content

Their second album, The Red Robe, was recorded at Dial House (Essex, UK) by former Buzzcocks member Tony Barber and released on Off Records in October 2014. It featured duets with Eve Libertine and Penny Rimbaud from Crass.