On the official Poison Girls site, Richard Famous has posted the following news:

It is with huge sadness that we must pass on the news that Lance d’Boyle has died – 16 January 2017.

Lance was a founder member and drummer with Poison Girls from 1977 through to 1985. As well as his musical contributions he produced four editions of The Impossible Dream art/collage/photomontage magazine.

His importance to Poison Girls and Xntrix Records were immense.

He will be greatly missed by all his family and many friends.

Let the beat go on. 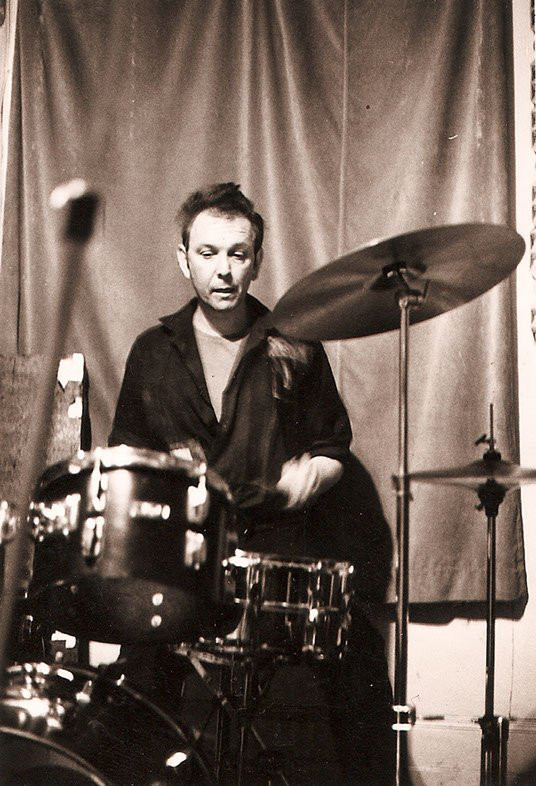 Pete Fender has posted the following announcement on Facebook.

We are mourning the sad loss of Gary Lance Robins, better known as Lance d’Boyle, the founding drummer with Poison Girls and our friend and companion for 45 years.

For the last 26 years, Gary has been scratching a meagre living as an artist in a remote part of the Sierra Nevada, high up the mountains of rural Granada in Spain.

In February last year, Gary’s life-long friend and soulmate Frances, Vi Subversa, passed away, leaving him devastated. Before she passed, Gary came over to England to see her for the last time, and during this visit he was the victim of a credit card snatch that left him in debt for thousands of pounds, and without any means of support apart from his basic pension and the proceeds of a few pieces of art. The credit bank have refused his case for compensation and in fact have charged substantial interest on the original amount.

In light of this fact, we are launching this urgent appeal to raise funds for Gary’s funeral costs and to clear his debts. If you can, please head over to the Poison Girls downloads page – where you are free to download whatever you like, and donate what you can. Thank you xx